Let’s stay on the Caribbean coast, just a little further north, some 20km from Puerto Viejo de Talamanca. Today I’m bringing you to Cahuita National Park! First thing to remember so you can show off when you come back home and show your holiday photos to your friend: “Cahuita” comes from the indigenous word kawe meaning mahogany (it’s a kind of wood, in case you wonder) and ta meaning point, and well, it makes sense, since as you can see on the map in the previous post, it is indeed a little point.

Cahuita actually is one of my favourite parks for several reasons. First, it’s beautiful and you can see a lot of animals in the wild. Second, it is not too crowded, at least it was not when I was there. Third, there is no given price, you pay what you want and this is not common in Costa Rica where access to nature is expensive. It is not very big either (to say the least since it is the smallest national park in Costa Rica) but the 7km long trail will keep you busy for a couple of hours, even a bit more if you decide to have a break on the beach, and you probably will. Note that snorkelling is forbidden though, because of dangerous riptides (at least when I was there, it may not always be the case), which is too bad since the park was created in the 70s in order to protect the country’s largest coral reef. Anyway, there is more than enough to enjoy over-water! 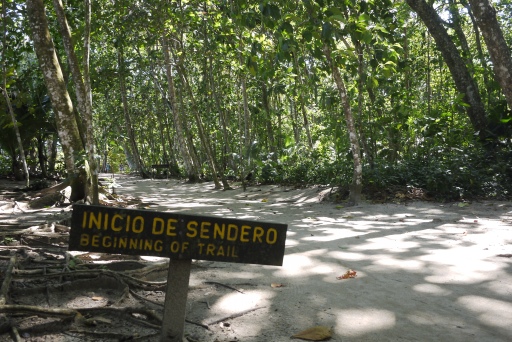 The trail is large only at the beginning. There you can usually spot some sloths hanging out high in the trees.

Example of the cool spiders you will meet along the way, pretty isn’t it?

It is allowed to have breaks during the hike, why not right there?

You may not completely be alone on the beach though…

Busy monkeys! Some help each other… 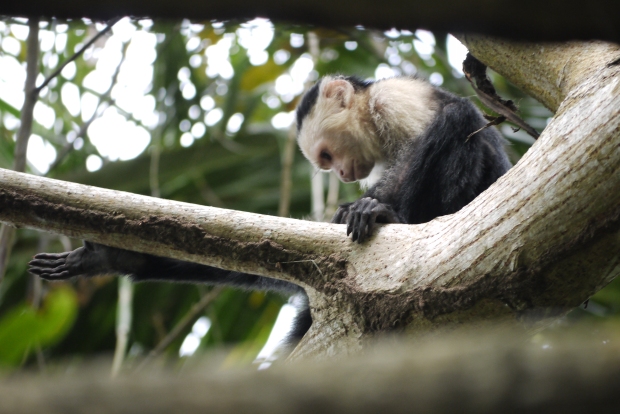 …Some would rather take care of themselves alone! 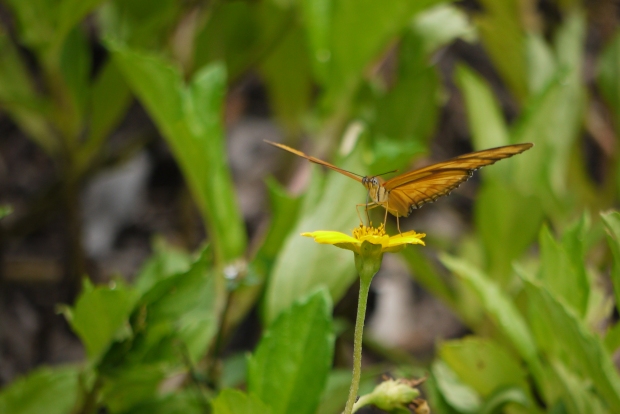 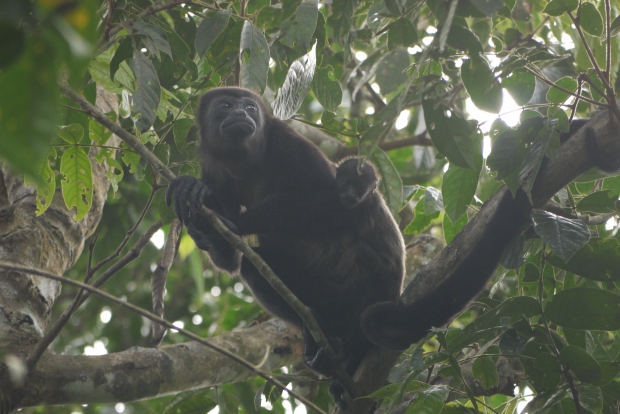 Usually hard to spot, you can hear the howler monkeys along the way. They sound like gorillas but they are actually quite small.

It usually gets cloudy by the end of the afternoon, it is nonetheless beautiful!

I hope you enjoyed the visit, I can’t resist a short video I made there, because they are so cute…